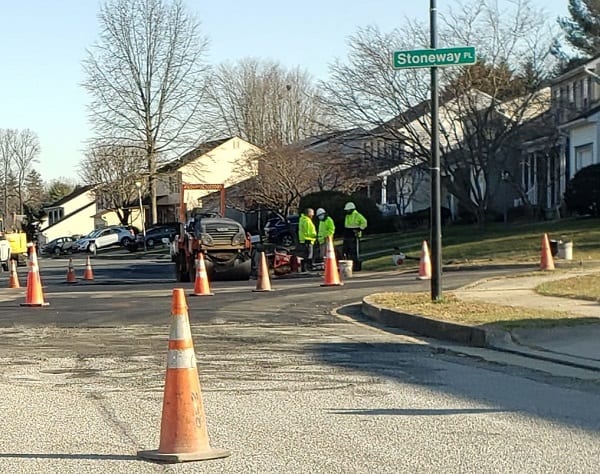 The project, which was announced in November, entails the installation of six speed bumps and the construction of raised intersections along Hickoryhurst Drive and near Stoneway Place.

The $60,000 project got under way on Monday, according to Councilman Marks.

“Many thanks to the Seven Courts Citizens on Patrol for its help gathering signatures in support,” said Councilman Marks.