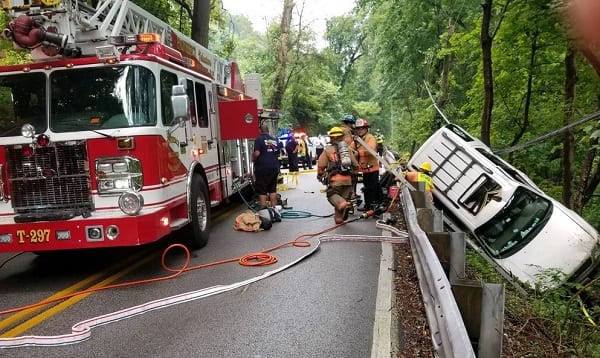 UPDATE: The vehicle went over the embankment and is underneath the power lines, according to the Providence Volunteer Fire Company.  Crews used special equipment to rescue the patient.  There has been no update on her condition.  Photo via PVFC.

CARNEY, MD—Crews are on the scene of a serious, Thursday morning crash in Carney.

One vehicle reportedly went over the guardrail and a female patient is trapped.

The accident has also brought down power lines in the area.