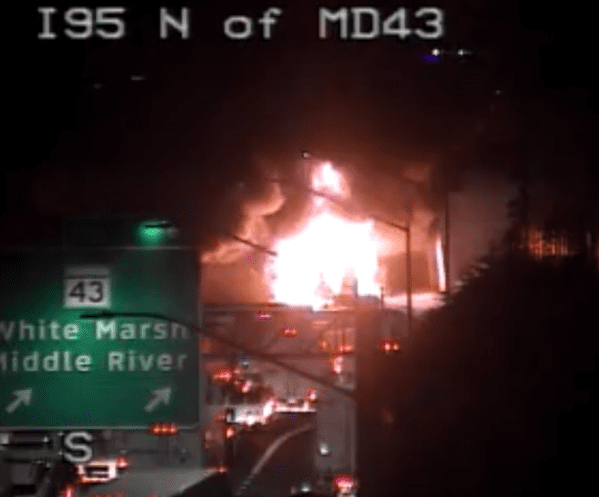 UPDATE: As of 1:30 p.m., the two right lanes along southbound I-95 remain closed for bridge inspection and investigation.

UPDATE 3: As of 10 a.m., Several lanes along southbound I-95 remain closed for bridge inspection.

UPDATE 2: The truck the caught fire was reportedly carrying mail, according to the White Marsh Volunteer Fire Company. A bridge inspector has been sent to the scene to check for possible damage to the overpass.

UPDATE: There is a new crash reported on northbound I-95 at the King Avenue overpass.

I-95 had been shut down in both directions at the White Marsh Boulevard exit at around 5 a.m. while crews responded to the fire.

Southbound lanes remain shut down and heavy delays are present in the area.