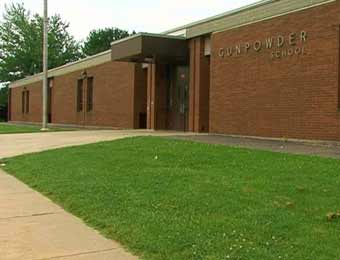 UPDATE 2: The parking improvements have been completed.

UPDATE: The parking lot expansion is now under way.

PERRY HALL, MD—Baltimore County Board of Education member Julie Henn on Tuesday announced the approval of the contract to expand the parking lot at Gunpowder Elementary School.

The Board of Education approved the contract at its May 5th meeting. Construction will occur this summer.

Monumental Paving and Excavating was awarded the contract for $1.6 million.

The parking lot will expand from from 41 to 97 spaces.

“I would like to thank my colleagues for their support, and also the parents at Gunpowder Elementary School for passionately advocating this project,” said Henn.

Baltimore County Councilman David Marks also advocated for the expansion. The new spaces should help reduce the number of vehicles that park along Holiday Manor Road.


“In 2018, I formed a task force to recommend improvements along the Klausmier Road corridor,” said Marks. “Every recommendation has now been implemented: traffic calming, a new signal at Belair Road, and now the parking expansion. I thank Julie Henn for all her work.”