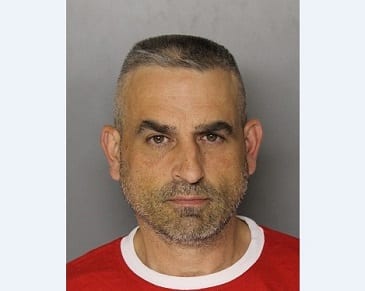 UPDATE: Mannion has been sentenced to more than 33 years in prison.

According to his guilty plea, Mannion rented the basement apartment of a townhome in Carney where he lived alone. On May 6, 2019, Baltimore County Police were called to a residence after a neighbor had seen Mannion in bed naked with a minor victim who was naked. When police arrived, they located the minor victim, who was 13 years old at the time, in the basement bedroom area.


As detailed in the plea agreement, Mannion also communicated with a second minor victim, a 14-year-old male, through the same social networking app. Mannion admitted that on April 17, 2019, Mannion went to the home of the second victim, where he engaged in sexual activity with the victim and took photographs and videos documenting the sexual contact. Mannion distributed the child pornography images of the second victim to multiple other users of the social networking app. The forensic analysis of Mannion’s cellphone recovered 18 images and two videos documenting the sexual activity with Minor Victim 2.

According to the plea agreement, Mannion attempted to meet with several other minors with whom he communicated on the social networking app, even after the minors advised Mannion of their ages. Mannion also discussed his sexual interest in other children that he knew or had contact with during sexually explicit chats with users of the app. In addition, a review of Mannion’s laptop computer revealed multiple images of child pornography.

Mannion was an employee of the Baltimore County Detention Center who resided in the 100-block of Bourbon Court (21234).