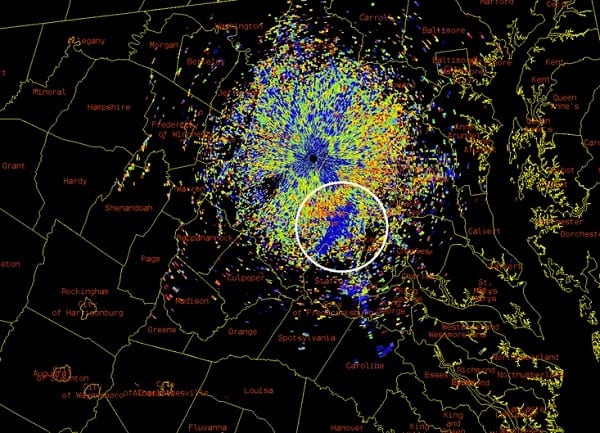 BALTIMORE, MD—Local 911 centers were overwhelmed with calls on Sunday from residents who reported seeing smoke plumes in portions of Baltimore County.

The Baltimore County Fire Department says the smoke plumes are the results of a controlled burn that is taking place in Virginia.

The burn is taking place in Prince William, Fauquier, and Stafford Counties and is showing up on local radar, according to the National Weather Service.

The U.S. Forest Service is conducting the controlled burn near Marine Corps Base Quantico.

About 2,000 acres are set to be burned during the exercise, which takes place annually.

Winds will continue to push the smoke through the Baltimore County area for the next 24 – 48 hours.

Smoke from a fire near the border of Prince William, Fauquier, and Stafford Counties is showing up on our radar and satellite. It looks like low level clouds in this picture but it is actually a smoke plume. pic.twitter.com/GDHhWlFAnR