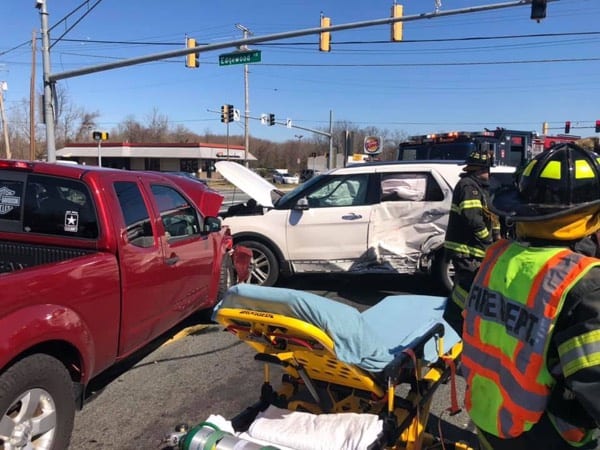 
EDGEWOOD, MD—Crews were on the scene of a crash with reported injuries in Edgewood on Sunday afternoon.

The crash was reported at around 12:45 p.m. at the intersection of Route 40 and Edgewood Road.

The Joppa-Magnolia Volunteer Fire Company says that one patient was treated for minor injuries at the scene and refused transport.