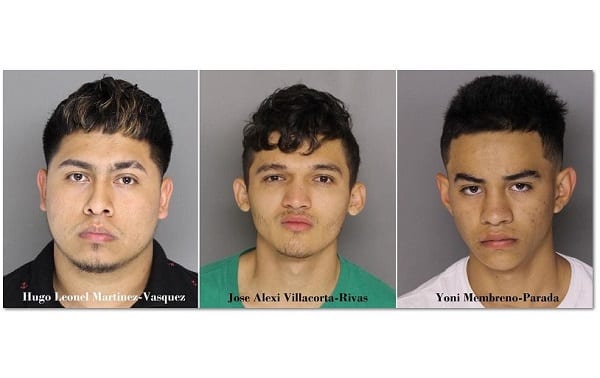 PARKVILLE, MD – Police in Baltimore County announced on Thursday that they had made three additional arrests in connection with the death of Daniel Alejandro Alvarado Cuellar.

The three additional suspects have been identified as:

All three suspects are currently being held without bail at the Baltimore County Detention Center.

They stand charged with first-degree murder.


Earlier this month, police had arrested and charged the following seven suspects:

ICE had previously confirmed that the suspects were members of the notorious MS-13 crime gang.

No additional arrests are expected to be made in this case.