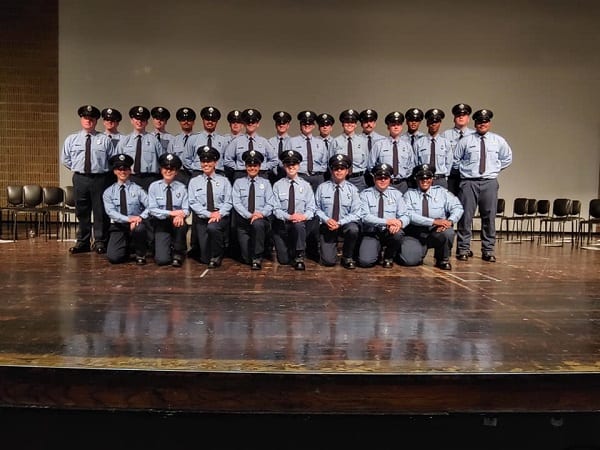 Recruit Austin Luera received the Academic Achievement Award, given to the recruit with the highest grade point average.

Recruit Nicole Carter received the Isaac Burke Award, given to a recruit who with little experience in the fire service who has overcome personal obstacles to succeed during his/her time at the Academy.

The recruits and their station assignments are as follows: