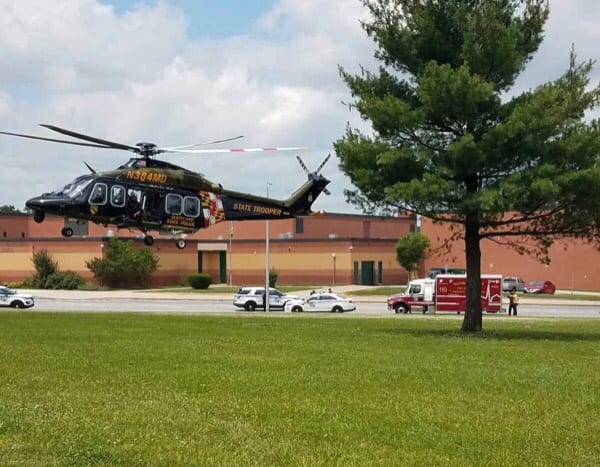 CARNEY, MD – Authorities have provided an update on a 20-year-old man who was injured in an industrial accident on Thursday.

Paramedics were to the scene called after the 20-year-old man, who has not been identified, was critically injured when he became entangled in a rope that pulled taut. The man was on the ground when the incident occurred.

The rope became caught in the chipper, pulling the man against it, authorities say.

He was not injured by the blade of the chipper, but rather the injury was caused by the tightness of the rope.

The patient was flown by Maryland State Police helicopter to Shock Trauma, where he remains in critical condition at this hour.


The Baltimore Sun reported that the man lost his left arm in the accident.