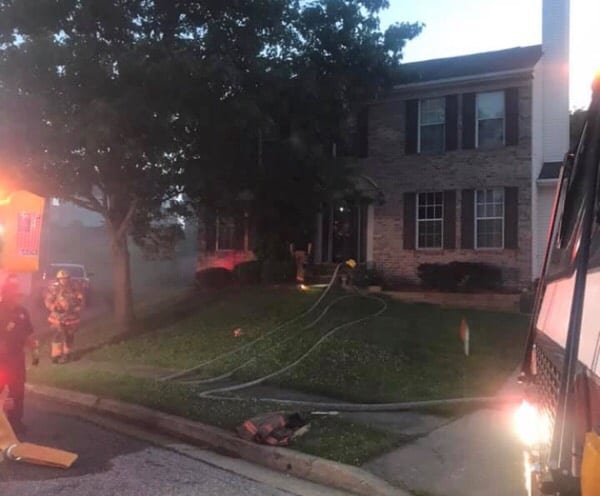 UPDATE: It now appears that this was a house fire with a small fire in the basement.

The blaze has been extinguished and no injuries were reported.

NOTTINGHAM, MD – Crews are on the scene of a Friday night apartment fire in Nottingham.

Upon arriving at the scene, crews found that a fire had broken out in the basement of a three-story apartment building.