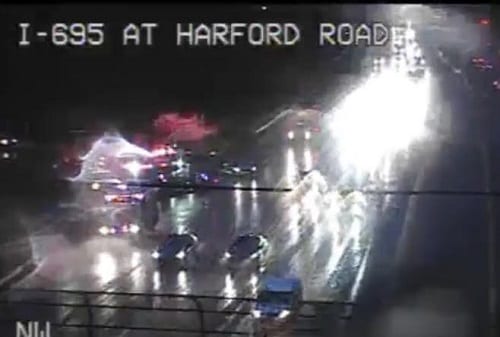 PARKVILLE, MD – Crews were on the scene of a crash in Parkville early on Thursday morning.

The crash was reported at about 5:30 a.m. along the ramp from southbound Harford Road onto the inner loop of I-695.

There has been no update on their condition.

The scene was cleared by shortly after 6 a.m.