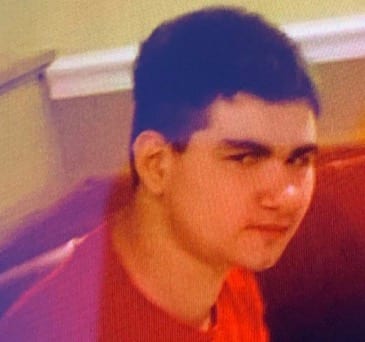 UPDATE: Christopher has been found safe.

Police are asking for the public’s help in locating an autistic teen who is missing from the Parkville area.

Christopher Feddon, 16, went for a walk at 6:30 p.m. on Saturday on Waltham Woods Drive near North Plaza Mall.

He has not returned.

Christopher is a white male, approximately 5’7″, weighing about 180 pounds.


He was last seen wearing gray sweats and a black t-shirt.

Anyone with information on Christopher Feddon’s whereabouts is asked to call police at 410-887-5310 or call 911.