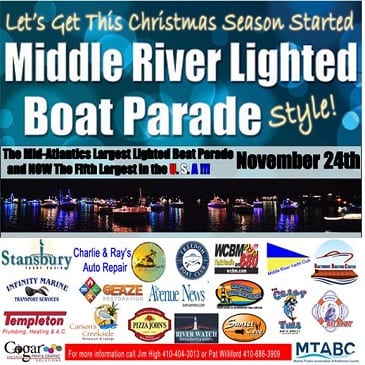 It’s that time of year again.

The parade can be viewed from each of the four waterfront restaurants participating in the parade…Carson’s Creekside, The Crazy Tuna, Riverwatch, and Sunset Cove. The parade can also be seen from Kingston Park from Wilson Point Park.

The parade route is as follows. Times are approximate: