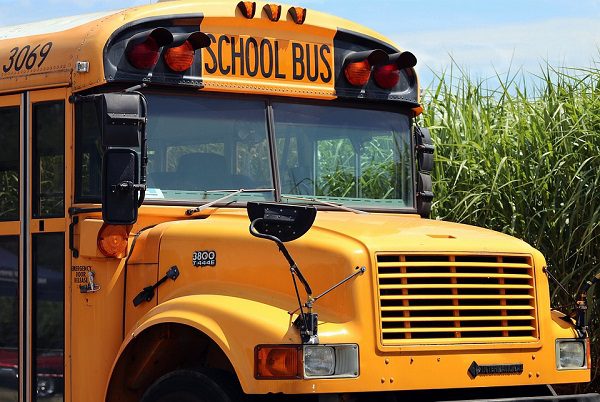 TOWSON, MD—Police had to be called on Thursday to restrain an angry parent who attempted to board a Baltimore County Public Schools bus.

Board of Education president Julie Henn says that, on Thursday morning, a parent engaged in a verbal altercation with a BCPS bus driver and attempted to board the bus. The driver immediately locked the doors.

The parent then began hitting the windows, which resulted in two of the windows being shattered. The Baltimore County Police Department was then contacted for assistance.

“The safety of our students is our top priority, and such threatening and disruptive behaviors will not be tolerated,” said Henn. “Parents are not allowed to board our buses for any reason.”

There has been no word on whether any charges were filed against the parent.