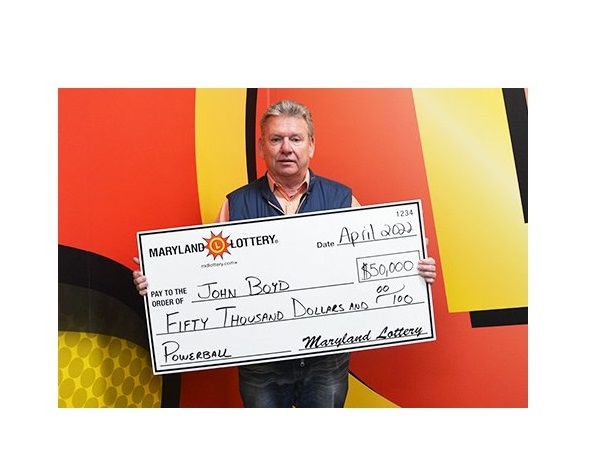 
BALTIMORE, MD—Playing Maryland Lottery games isn’t routine for retired police officer John Boyd. However, the Towson resident does spend $20 on Powerball tickets whenever the jackpot rolls past the $100 million mark. Now, the occasional player is celebrating a $50,000 win.

The 64-year-old bought his lucky ticket at Maria’s, his regular Maryland Lottery retailer, which is located at 1812 Taylor Avenue in Parkville. John purchased the ticket on April 1 and didn’t realize that he had a big win because he was away on vacation when the drawing took place.

Upon returning, the Baltimore County resident scanned his ticket but thought that the machine was in error when he saw its winning message.

“I thought it was a mistake,” John told Lottery officials. He shared the great news with his family members, who were also very excited.

John worked on the police force for 32 years before retiring and now works for his friend’s staffing agency. He is still considering his plans for his prize.