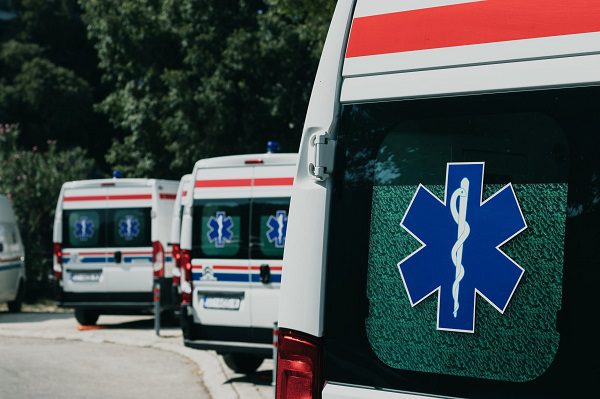 
UPDATE 2: A fourth person involved in this crash has now died.

UPDATE: Police have identified the three victims, and a Joppa couple was among them.

At just after 1:30 p.m., troopers responded to US Route 1 at Rock Spring Road in Bel Air for a report of a two-vehicle, head-on crash. Authorities say a Toyota Rav4 was travelling northbound on the Route 1 Bel Air Bypass. As the Toyota was traveling over the Route 924 overpass, the vehicle crossed into the southbound lane and crashed into a Honda Civic.

The Toyota rolled on its side and burst into flames. Three state troopers arrived before firefighters and used their fire extinguishers to slow the fire.  They then entered the vehicle and pulled out the three victims. One of the Toyota victims was pronounced dead at the scene. The other two victims in the Toyota were flown to the Shock Trauma in Baltimore for treatment of their injuries.

The driver and the passenger of the Honda were pronounced dead at the scene. The identities of the victims from both vehicles are being withheld pending notification of next of kin. Route 1 was temporarily closed in both directions following the crash. The Maryland State Police are investigating the accident at this hour.

Photo by Antonio Batinić from Pexels