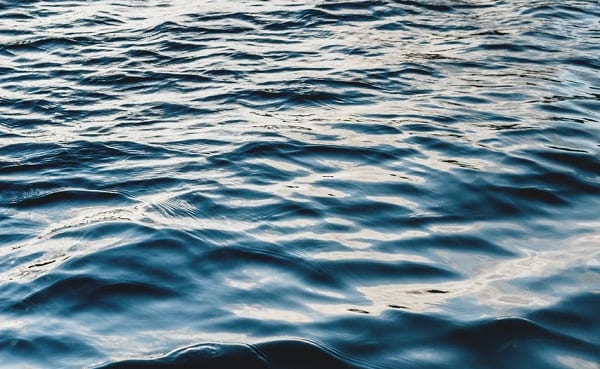 Posted on November 6, 2021 by Chris Montcalmo

The bill boosts funding for the Environmental Protection Agency’s Chesapeake Bay Program by a historic $238 million over five years.

The House approved the Infrastructure Investment and Jobs Act by a vote of 228-206. The U.S. Senate passed the bill in early August. Joe Biden is expected to sign it into law soon.

The Chesapeake Bay Program coordinates the federal-state-local government partnership to restore the Chesapeake Bay and local rivers and streams across the 64,000 square-mile watershed that feed into it. It funds grants for local restoration projects in the six watershed states and the District of Columbia, and supports vital scientific research.

Its efforts are critical to implementation of the Chesapeake Clean Water Blueprint, which calls for states to put programs and practices in place by 2025 that will result in a restored Bay. Current funding for the Program is $87.5 million. The House passed a fiscal 2022 appropriations bill in July that would set Program spending at $90.5 million. The Senate has yet to consider the fiscal 2022 budget for EPA.

The $238 million increase works out to $47.6 million in added funded annually, or more than 50 percent higher than current levels. Once Joe Biden signs it into law, the legislation would raise authorized funding for the Program from $90.5 million to $138.1 million in the coming fiscal year.

“More money for the Chesapeake Bay Program is welcome news at a pivotal time for the future of the Bay, its tributaries, and the more than 18 million people who live, work, and play in its six-state watershed.

“EPA and the states are running out of time to meet their water quality commitments by the Blueprint’s 2025 deadline. EPA’s Chesapeake Bay Program plays a crucial role coordinating Bay restoration efforts. Investing an additional $47 million a year in the Bay Program will help put more boots on the ground planting streamside buffers, restoring oyster reefs, installing rain gardens, and pursuing the many other projects to reduce pollution that are central to implementing state cleanup plans.

“We look forward to partnering with EPA to make the most of this timely budget increase while we still have time to save this national treasure. We owe future generations nothing less.

Governor Larry Hogan has also issued a statement on final congressional passage of the infrastructure bill:

“For seven years, Maryland has been leading on rebuilding crumbling infrastructure and advancing vital investments for the future like cyber security, broadband, and resiliency. Now, this bipartisan bill will put America’s infrastructure on the right track to grow jobs and make our economy competitive for the twenty-first century without raising taxes or adding to the debt, including $6 billion for Maryland to improve transit systems, railways, clean water systems, roads, bridges, and tunnels.

“After decades of gridlock, I’m proud to have helped push the federal government to finally act. When Washington had given up on getting anything done, we rallied all 50 governors in support of common sense principles for federal action. When the conventional wisdom said that a bipartisan infrastructure bill was a pipe dream, we hosted the Annapolis infrastructure summit with a bipartisan group of governors, senators, and members of the House Problem Solvers Caucus where we hammered out a compromise on the scope of this bill.

“This legislative success proves that it’s still possible for leaders of goodwill to overcome toxic politics and work together to solve serious problems, but it does not fix what is broken in Washington. The extreme partisan tax hike and spending bill currently being debated by the House represents the very worst of Washington. The last thing our nation needs while inflation is rising and the national economic recovery is stalling is this massive grab bag of tax hikes, Democratic wish list items, and handouts to special interests.

“Let’s not squander the momentum from the bipartisan infrastructure bill. I urge the Congress to reject this divisive and reckless legislation.”

Photo by Jonathan Borba from Pexels