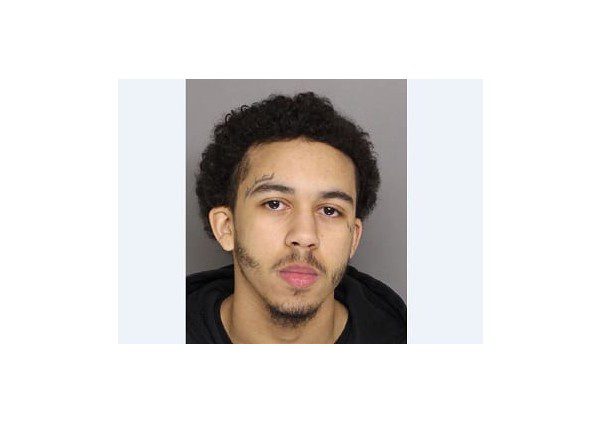 
UPDATE: Christopher Engels has been sentenced to life in prison.

NOTTINGHAM, MD—A Nottingham man has been convicted in connection with the 2019 shooting death of a woman in Perry Hall.

On Monday, a Baltimore County jury convicted Christopher James Engles, 21, of Bellhurst Way (21236), of first-degree premeditated murder, robbery with a dangerous or deadly weapon, and use of a firearm in the commission of a crime of violence.

At just before 11:15 p.m. on February 26, 2019, officers responded to the area of Hickory Falls Way at Hickoryhurst Drive (21236) for a report of shots fired. At the scene, police found Taylor Webb, 20, in a car suffering from gunshot wounds.

She had been fatally shot once in the face and a second time behind her right ear.

The police conducted an investigation into the killing and discovered that Webb had been in “a dysfunctional relationship” with Christopher Engles, according to friends and family.

Evidence was presented at trial to show that Engles had lured Webb to the area by cell phone. Engles then confronted Webb, took her cell phone and shot her twice. The evidence showed that Webb was killed with a .38 caliber revolver. The police were able to discover a photograph, taken eleven days prior to the murder, of Engles holding a revolver matching this description.

“This case involves the combination of two extremely serious, and sometimes tragically fatal, issues today in our society- gun violence and domestic violence,” said State’s Attorney Scott Shellenberger. “We must continue to aggressively pursue and bring to justice those who choose violence in these situations.”

“This was a very high-profile case in Perry Hall, and I thank the State’s Attorney and his office for the seriousness with which it pursued strong criminal charges.” said Councilman David Marks.

Engles had previously been arrested after bringing a loaded .45 handgun to Perry Hall High School on February 23, 2017. He was also charged with destruction of property after being linked to shooting at several homes the week prior.