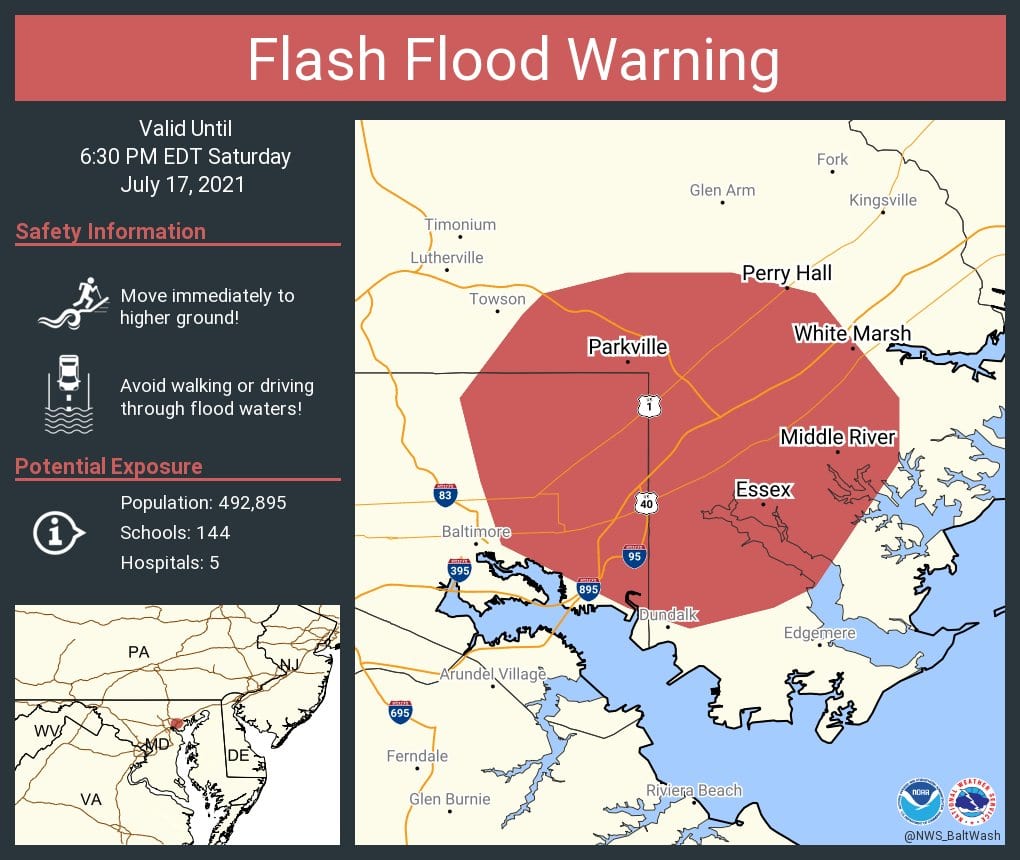 At just after 3:30 p.m., Doppler radar indicated thunderstorms producing heavy rain across the warned area. Between 1.5 and 2.5 inches of rain have fallen. Additional rainfall amounts of 1 to 2 inches are possible in the warned area. Flash flooding is ongoing or expected to begin shortly.


A Severe Thunderstorm Warning is also in effect until 4:30 p.m.