GreenDrop to open in White Marsh this month 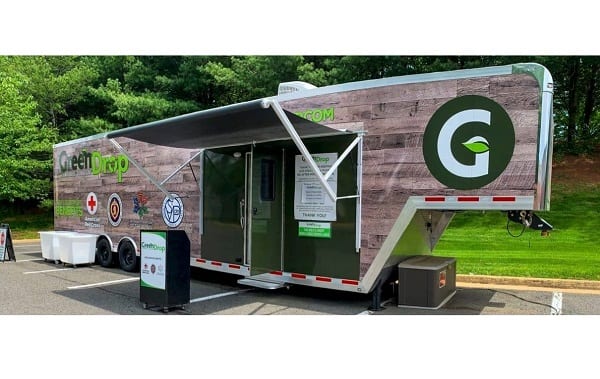 GreenDrop to open in White Marsh this month

GreenDrop will be opening a facility in the parking lot at White Marsh Mall on June 18, according to Councilman David Marks.

“Councilwoman Cathy Bevins worked to locate this business here for nine months,” said Councilman Marks. “Her legislation was a blueprint for a bill I just sponsored that allows these countywide in large shopping centers.”

“This type of business is far preferable to the unmanned boxes that accumulate piles of donations,” Councilman Marks added. “With GreenDrop, each site is manned with workers. Hopefully, this type of operation will significantly cut down on dumping.”

In May, Councilman Marks introduced legislation that would allow for manned donation sites at larger shopping areas.

A grand opening and ribbon-cutting will be held at GreenDrop at 10 a.m. on Friday, June 18 in the White Marsh Mall parking lot behind Burger King.