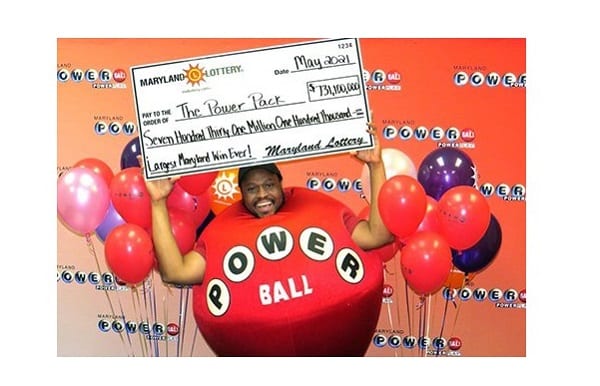 BALTIMORE, MD—The wait is over. The largest prize in the Maryland Lottery’s history has finally been claimed.

Excitement spread across the nation in January when the Powerball jackpot climbed to $731.1 million. On January 20, one winning ticket was sold at Coney Market in Lonaconing, a small town in Western Maryland.

The winner who purchased the ticket checked it about a half dozen times before stating in disbelief to the rest of the “pack.”

The single Quick-Pick ticket was the only one the Power Pack purchased for the January 20 Powerball drawing.

The Power Pack told Maryland Lottery officials they have no plans to change their lifestyles. They would like to invest the money to take care of their families and positively impact their communities “for generations to come.”

The $731.1 million jackpot was the fourth-largest in Powerball history and sixth-largest in U.S. lottery history. It is, by far, the largest prize in the Maryland Lottery’s history, easily outdistancing the $218.6 million share of a $656 million Mega Millions jackpot claimed anonymously by The Three Amigos in the March 30, 2012 drawing.


“We are thrilled that the jackpot has been claimed, and we couldn’t be happier for the winners,” said Maryland Lottery and Gaming Managing Director of Communications Carole Gentry. “The prize generated nearly $49 million in tax revenue for the state, so everyone in Maryland wins.”

Powerball drawings air at 11:22 p.m. on Wednesdays and Saturdays on WBAL-TV.