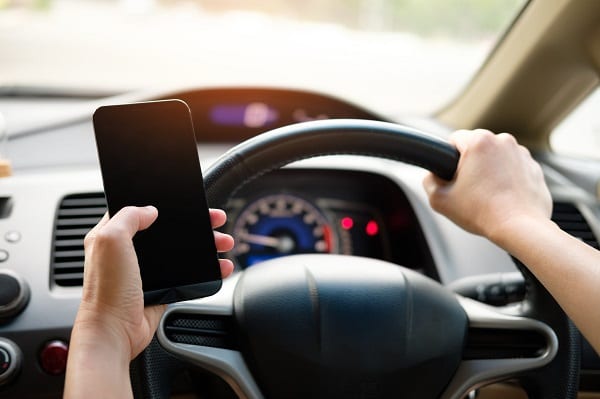 BALTIMORE, MD—Maryland State Police issued hundreds of citations and warnings related to distracted driving violations as part of a statewide effort on Thursday to combat the issue on Maryland roads.

The initiative was conducted in partnership with the Maryland Department of Transportation Motor Vehicle Administration’s Highway Safety Office and AAA Mid-Atlantic as part of Distracted Driving Awareness Month. It was also part of MDOT MVA’s Highway Safety Office’s “Be the Focused Driver” effort, a sub-theme of the office’s new overarching “Be the Driver” highway safety campaign.

Overall, troopers issued 386 citations, 474 warnings and 40 safety equipment repair orders as part of the initiative on Thursday. Of those, 116 citations and 119 warnings were issued specifically for distracted driving violations. Maryland State Police was one of 40 law enforcement agencies to participate in the initiative. Each year distracted driving contributes to more than 26,000 injuries and 180 fatalities on Maryland roads.

Drivers can also be fined $70 and face one point on their driving record if caught texting while driving. If the use of a device contributes to a crash, the fine may increase to $110 and three points on your driving record.

The increased enforcement effort against distracted driving comes after the passage of Jake’s Law. In effect since 2014, Jake’s Law is named after Jake Owen, who was just 5 years old when he was killed in a car accident caused by a distracted driver in 2011. The law states that a driver causing serious injury or death while talking on a handheld cellphone or texting may receive up to three years in prison and a $5,000 fine. These are primary offenses and police officers can stop drivers when those activities are observed, regardless of the presence of other violations.