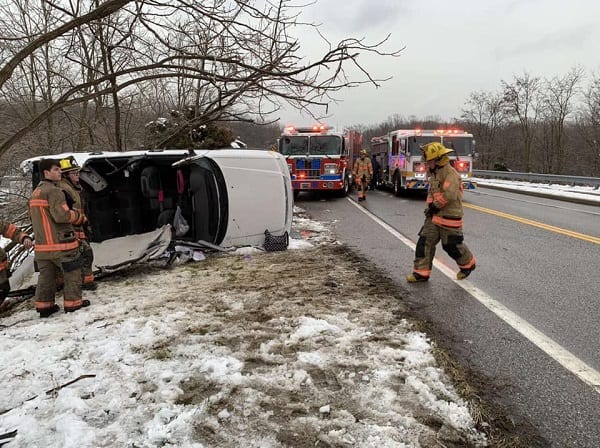 UPDATE: Three adults and one pediatric are being transported to a local hospital. A fifth adult has now been extricated almost 40 minutes into the incident and will be transported shortly.

UPDATE: WMVFC reports that one patient is still trapped after 30 minutes.

———
WHITE MARSH, MD—Crews are on the scene of a serious, Saturday afternoon crash in White Marsh.

The crash was reported at around 3:45 p.m. on E. Joppa Road at the Interstate 95 overpass.

Several patients are trapped at the scene.

Medevac was requested but is not flying due to the weather.