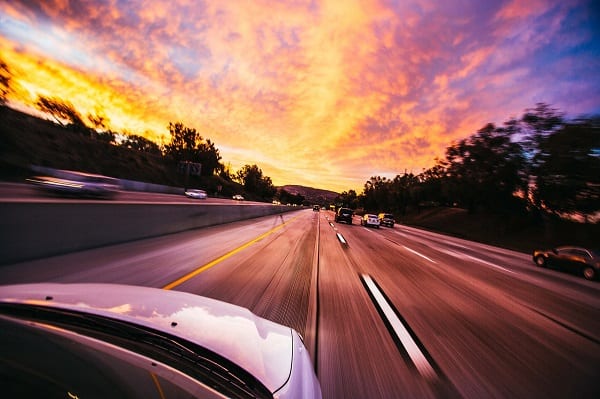 TOWSON, MD—AAA Travel expects the vast majority of Americans, including Marylanders, to stay home this holiday season, with COVID-19 considered to be a key factor in the decision-making of many who are opting not to travel.

Public health concerns and travel guidance are influencing their decisions not to travel over the year-end holidays, a period that typically sees high demand for vacations. While AAA expects at least 34 million fewer travelers compared to last year’s holiday season, as many as 84.5 million Americans may still travel from Dec. 23 through Jan. 3, a decline in travel of at least 29%.

“While Thanksgiving is traditionally spent gathering with friends and family, the year-end holidays are when Americans often venture out for longer, more elaborate vacations. That will not be the case this year,” said Ragina C. Ali, Public and Government Affairs Manager at AAA Mid-Atlantic. “Public health concerns, official guidance not to travel, and an overall decline in consumer sentiment have encouraged the vast majority of Americans to stay home for the holidays.”

The Centers for Disease Control and Prevention urges Americans not to travel for the holidays this year, warning that travel increases your chance of getting and spreading COVID-19. On December 17, Maryland Governor Larry Hogan announced new testing and quarantine requirements for travel encouraging Marylanders to stay ‘home for the holidays’ this year. Additionally, the Maryland Department of Health released a public health advisory warning Marylanders against all non-essential activities.

For those who make the personal decision to travel, AAA officials say it is important to understand the risks involved and take steps to keep yourself and others safe. Travelers should seek the advice of a trusted travel advisor and refer to AAA’s COVID-19 Travel Restrictions Map and TripTik.AAA.com for the latest state and local travel restrictions, and to help determine which rest stops, gas stations, restaurants and hotels are open along your route.

Holiday travelers are continuing to take a wait-and-see approach to their travel decisions. With COVID‑19 cases steadily increasing this month, the expected continued rise will likely prompt some Americans to make last minute decisions to not follow through with upcoming travel plans, which was the trend during the lead up to Thanksgiving.

Based on mid-October travel forecast models, AAA expected up to 50 million people would travel for the Thanksgiving holiday, which would have been a decline of 10% from 2019. While final Thanksgiving travel numbers are not yet available, AAA expects the decline to be closer to 15–20%, as the CDC and state and local authorities advised against holiday travel.

Road Trips Will Decline, but Remain Preferred Method of Travel

Most Americans who decide to travel will do so by car, with road trips accounting for 96% of holiday travel. As many as 81 million Americans will travel by car, a decline of at least 25% compared to last year. Auto travel is expected to replace some trips previously taken by bus, train or airplane, given the flexibility, security and comfort traveling by car provides.

“Typically, cheaper gas prices are an incentive for last minute trips, especially around the holidays, but the lower prices and less traffic aren’t driving decisions to hit the road this year,” Ali said. “Americans are looking to the public health landscape, including COVID-19 case numbers, to make their travel decisions,” the spokeswoman added.

Traffic volume, and therefore traffic congestion, during the holiday week is expected to be less than in years past. However, travelers in major urban areas could still experience delays upwards of triple normal drive times at popular bottlenecks throughout the day. Nationwide, drivers could see travel times about 20% above normal pandemic congestion levels.

“Despite warnings, Thanksgiving traffic surged more than 30% above the daily pandemic average in some states,” said Bob Pishue, Transportation Analyst at INRIX. “We expect a similar increase around the upcoming winter holidays unless stricter travel restrictions are put in place and followed.”

Large Declines Expected by Air and Other Modes of Travel

As many as 2.9 million travelers are expected to book flights for the holidays, a decline of nearly 60% from 2019. Air travelers can likely expect to pay lower airfares this holiday season, as AAA has seen double-digit reductions in average flight costs. AAA reminds air travelers to wear their mask, and wipe down seats, armrests, belt buckles and tray tables using disinfecting wipes, as an extra precaution. Meanwhile, up to 480,000 Americans are expected to travel by other modes, including bus and train this holiday season, a sharp decline of 87% as some bus and train trips will be shifted to car travel or cancelled.

AAA members who decide to hit the road can fill up for even less at Shell stations when they join the Fuel Rewards® program at AAA.com/Shell through Dec. 31. In addition to the five cents per gallon everyday offer, members will receive an additional 10 cents off per gallon on their first three fill-ups after joining for the first time as a Fuel Rewards® member, for a total savings of 15 cents.

Motorists may also be able so save up to 15 cents per gallon by using the free GetUpside mobile app.