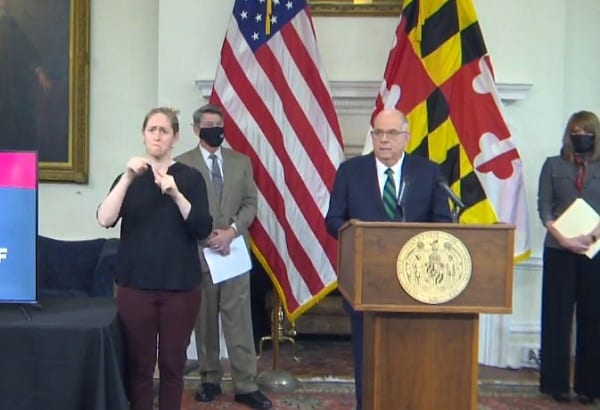 “Today, we are immediately taking additional state actions to help businesses struggling to hang on to avoid the prospect of more layoffs right before Christmas or being forced to go out of business in a matter of weeks,” said Governor Hogan.

The governor announced that he has signed an executive order to protect Maryland businesses from sudden or substantial increases in their unemployment taxes.

Additionally, the state will be funding $25 million in low-income housing tax credit projects, which will allow and promote the construction of 2,000 units of high-quality affordable housing – the largest number of units the state has ever financed.

Governor Hogan also announced $12 million in funding for the Rental Housing Works Program, which will spur even more projects and create jobs for construction workers across the state.

The governor also announced $94 million in new grants and investments to help treat Marylanders with diabetes, the number one comorbidity for serious illness from COVID-19.


An additional $10 million in investments will go toward funding for PPE and protective barriers for the 34 district court locations, rapid testing equipment for the Maryland State Police, and additional resources to increase internet access for Baltimore City youth.

BCPS student artwork on display on THE AVENUE at White Marsh