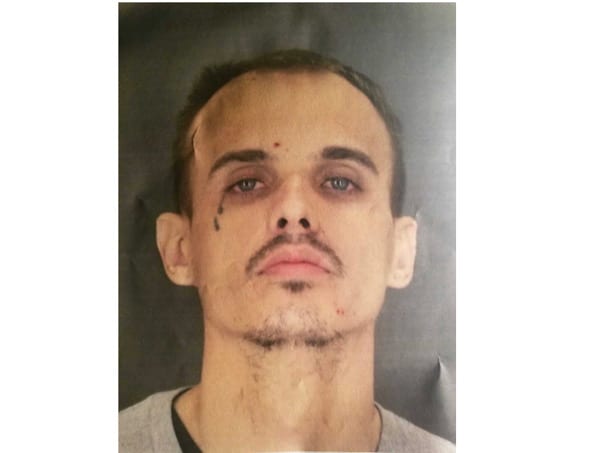 UPDATE: Kyle Rogowski has been apprehended.

———
TOWSON, MD—Police are actively searching for Kyle Rogowski, 25, a prisoner who escaped from the Baltimore County Detention Center in Towson on Saturday evening.

Rogowski escaped by scaling a barbed wire fence around 6:45 p.m. after assaulting a BCDC correctional officer. He was last seen heading southbound on York Road on foot wearing a green jumpsuit with a white head covering.

He may be wearing only one shoe and is likely to have suffered a visible injury to his hand incurred while scaling the barbed fencing. Rogowski is described as 6’1″ tall, 170 pounds, with two teardrop tattoos under his right eye.

Rogowski has been held at BCDC since March on a non-violent charge.


Anyone who sees Rogowski or has any information on his whereabouts should call 9-1-1 immediately.