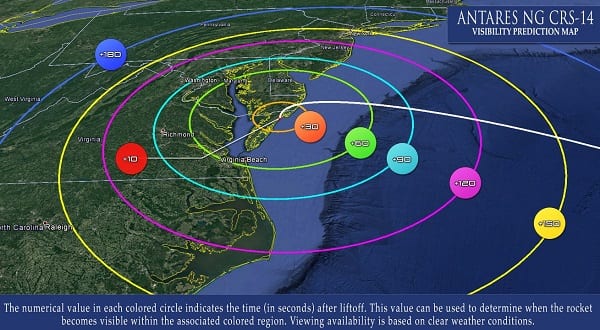 UPDATE: The rocket launch has been rescheduled for Friday night.

———
NOTTINGHAM, MD—Nottingham-area residents could be able to sneak a peek at a rocket launch on Thursday night, if the skies cooperate.

Observers up and down the East Coast could see the launch of a Cygnus spacecraft (that will be heading to the International Space Station) atop a two-stage Antares rocket.  The launch will take place at NASA’s Wallops Flight Facility.

The forecast for the Nottingham area calls for overcast skies and light showers.

The full range of viewing times is available at NASA here.


Live coverage of the mission countdown is happening now on the Wallops Ustream site.