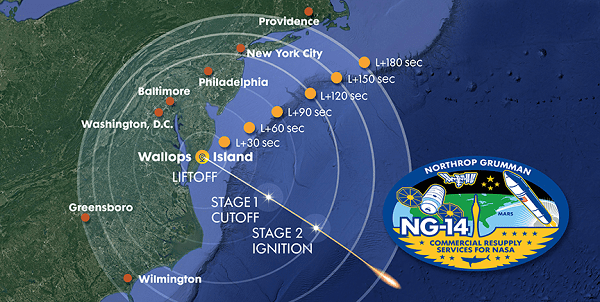 NOTTINGHAM, MD—Maryland residents will get a second chance—on a clearer night—to view a rescheduled rocket launch.

The launch has been rescheduled for Friday night.  The 5-minute launch window opens at 9:16 p.m. ET.

Live coverage of the mission countdown can be viewed on the Wallops Ustream site.


Launch coverage on NASA TV is available at http://www.nasa.gov/nasatv.