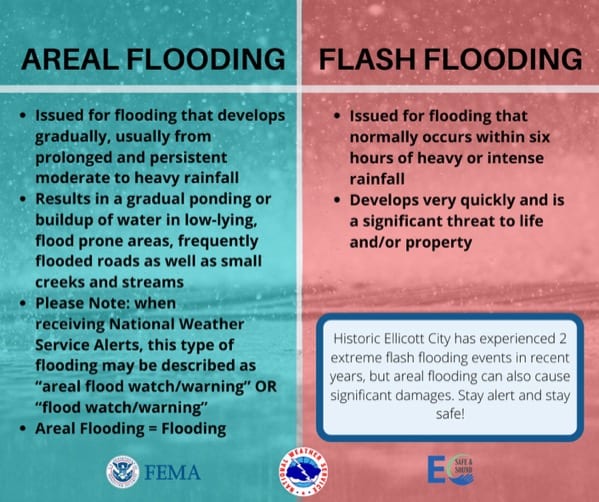 At 12:30 p.m. on Tuesday, reporting gauges indicated that rain had ended but streams were still elevated with several flooded areas.

Larger streams such as the Little Patuxent and Patuxent Rivers were still rising. Therefore, a Flood Warning will continue through the afternoon, replacing the earlier Flash Flood Warning.

A Flood Warning means that flooding is imminent or occurring. All residents should take necessary precautions immediately.