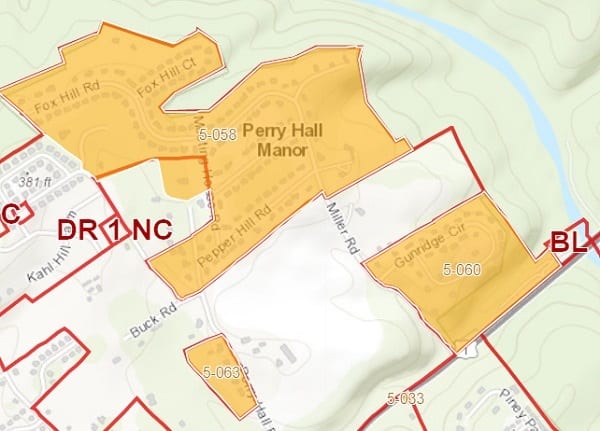 
PERRY HALL, MD—Baltimore County Councilman David Marks announced on Wednesday that he will recommend downzoning 147 acres in northeastern Perry Hall, limiting development in one of the most rural areas of the community.

Councilman Marks will recommend downzoning 147 acres to either DR 1 (one house per acre) or RC 2 (Rural Conservation) for Perry Hall Manor and two other areas near Perry Hall Road and the Great Gunpowder Falls.

Councilman Marks consulted with the Perry Hall Manor community leadership about the rezoning issue, and is working to expedite a long-awaited recommendation on sewer systems in the area.

The Baltimore County Council will vote on the final map in August.

The map helps determine the type and level of development in Baltimore County over the next four years.

“The level of development allowed in northeastern Perry Hall is now the lowest since Baltimore County initiated zoning in the 1950s,” said Councilman Marks. “I would like to thank the leaders of the Perry Hall Manor community for consistently advocating for their quality of life.”