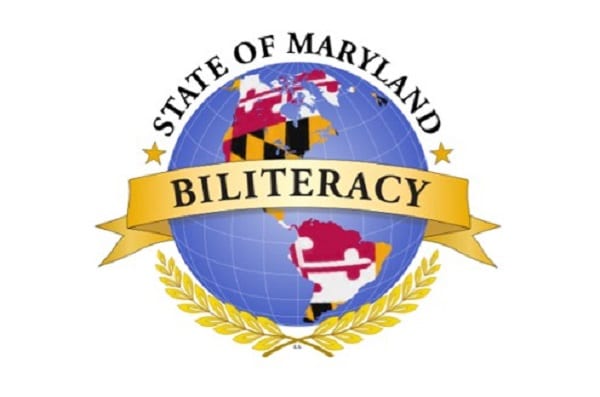 TOWSON, MD—Ninety-two Baltimore County Public Schools seniors have earned the Maryland Seal of Biliteracy this year, an honor that recognizes their high proficiency in listening, speaking, reading, and writing in one or more languages other than English.

The award is presented by the state through Baltimore County Public Schools. BCPS is one of 20 Maryland counties along with Baltimore City that have participated in the program since its adoption in 2016. Begun in California in 2011, the Seal of Biliteracy is offered in 36 states and Washington, D.C. In its first year of availability in BCPS, 202 students earned the Seal of Biliteracy.

“Baltimore County schools recognizes the tremendous value and importance of ensuring that our graduates are proficient in multiple languages as they enter a world of increasingly global economic competition, social awareness, and cultural appreciation,” said BCPS Superintendent Dr. Darryl L. Williams. “So we congratulate these superlative students for their hard work and determination to earn this distinction and enhance their abilities to become true citizens of the world.”

Including this year’s honorees, a total of 371 BCPS students have qualified for the Seal of Biliteracy since 2016, but more may soon be added to their number. “We expect many more seals to be earned following this year’s Advanced Placement exam results,” said Jennifer Hernandez, director of the BCPS Office of World Languages and English for Speakers of Other Languages. “This achievement is also a testament to the hard work of our World Languages teachers at the elementary, middle, and high school level.”