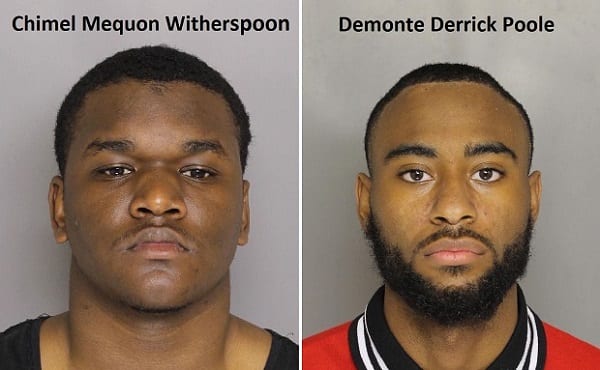 CARNEY, MD—Police in Baltimore County have arrested five suspects – two adults and three juveniles – in connection with the shooting of an 18-year-old man in Carney last month.

At the scene, officers found that an 18-year-old man had been shot and driven to an a local hospital by family members.

Detectives later determined that the victim was involved in a confrontation with a group of male subjects approximately an hour before the shooting at a gas station on Joppa Road.

Among those subjects were Chimel Witherspoon and Demonte Poole, who would approach the victim on Old Harford Road an hour later. Witherspoon shot the victim, striking him once in the upper body.


Both men are facing attempted murder, assault, and weapons charges.

Three juveniles have also since been charged in connection with this crime. Their identities will not be released.