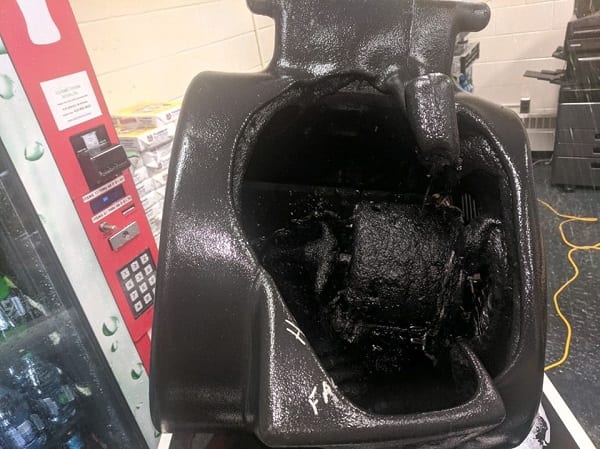 At just after 4:15 a.m. on Thursday, crews from the Fallston Volunteer Fire and Ambulance Company were dispatched to the school, which is located at 2303 Carrs Mill Road, for an automatic fire alarm activation.

Upon entering the area indicated on the alarm panel, firefighters found a single automatic sprinkler had activated and there was light smoke in the room, which was a staff lounge area that also contained IT servers.

An electric floor fan had been placed in the room to maintain air flow to assist in cooling the room. The fan malfunctioned and ignited directly below a sprinkler head, which activated extinguishing the fire and activating the fire alarm, thereby limiting the damage to the school building.


The fire was extinguished and the scene was cleared by 5:30 a.m.