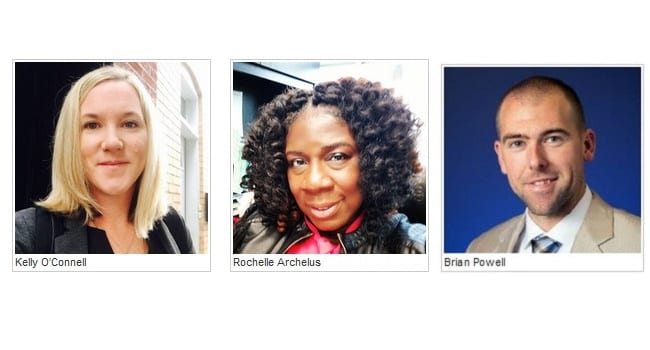 “We have encountered many unexpected challenges this year, but I am so proud of how these Principals of the Year rose to the occasion,” Williams said. “They are champions of their school communities and have shown exceptional leadership.”

Principals of the Year are typically announced during the annual Teacher of the Year celebration each spring. Because of the school closings this year, however, the announcement was made during the online staff meetings for each principal’s school.

O’Connell is in her fourth year as principal at Mars Estates Elementary and her 18th year with BCPS. She earned a bachelor’s degree in elementary education and a master’s degree in human resources school leadership from Towson University. She refers to students as #MarsStars, and that social media hashtag is regularly used to celebrate school and community achievements.

“This award is not just about me, it’s a reflection for everyone at Mars Estates Elementary,” O’Connell said. “It’s about teachers, students, and families and doing what is right for all kids.”

Archelus is in her sixth year as the principal at Woodlawn Middle and her 23rd year working for BCPS. She earned a bachelor’s degree in music education from Morgan State University and a master’s degree in human resources development from Towson University. She credited her staff’s commitment and excellence for the honor. She also thanked her mother, Rachel Glover-Archelus, who was a public educator for 40 years in Newark, N.J.


“If I can be half the educator that my mother was, then I’ve done great,” Archelus said. “She is my inspiration.”

Powell is in his fourth year as the principal at Kenwood High and his 12th year working for BCPS. He earned a bachelor’s degree in elementary education and a master’s degree in education from Salisbury University. For the continuity of education BCPS has used during the coronavirus, Powell was one of the first BCPS principals to start posting school announcement videos online, often with his two young daughters taking part.

“This is something we can celebrate with the entire team,” Powell said. “As far as I’m concerned, we are school of the year. It’s not just about me.”