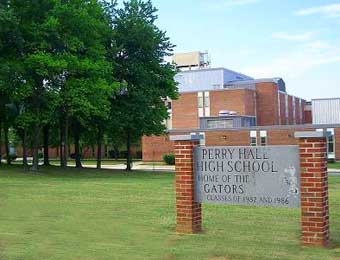 UPDATE: The fire was confined to a trash can and has been extinguished.  Investigators are responding to the scene. There have been no reports of any injuries.

PERRY HALL, MD—Perry Hall High School has been evacuated on Monday morning after reports of a fire in the building.

Reports indicate that the school was evacuated at around 11:45 a.m. and there is a heavy police & fire department presence at the scene.