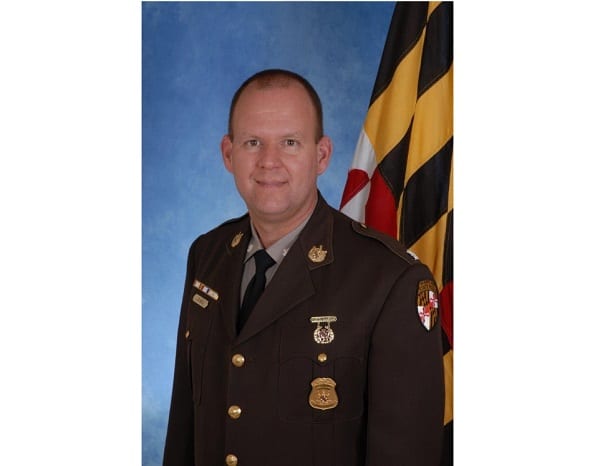 Colonel Jones will succeed Colonel William M. Pallozzi, who is retiring after more than 30 years of service with the Maryland State Police.

“With a distinguished career in law enforcement spanning more than three decades, Colonel Jones has both the experience and the character to lead what I believe is truly the best state police organization in the nation,” said Governor Hogan. “I want to sincerely thank Colonel Jones for taking on this post at such a critical time. I want to commend Colonel Pallozzi for his steadfast leadership of the Maryland State Police, and for his decades of dedicated service to the State of Maryland.”

“I am incredibly grateful to Governor Hogan for the opportunity to lead the Maryland State Police,” said Colonel Jones. “As someone who has dedicated my entire law enforcement career to serving the people of Maryland, this is the highest honor. I have great respect and admiration for Colonel Pallozzi, and I will strive to lead the force with the same commitment to integrity and professionalism.”

“The core values of the Maryland State Police are integrity, fairness, and service, and I have seen each of these qualities every day in the men and women I have had the privilege to lead,” said Colonel Pallozzi. “I would like to express my deepest gratitude to Governor Hogan, and to be the first to applaud his choice of Colonel Jones to take the helm.”

In November 2015, Colonel Jerry Jones was appointed Chief of the Maryland Transportation Authority (MDTA) Police, the seventh-largest law enforcement agency in the state.

As the MDTA’s Chief Law Enforcement Officer, Colonel Jones leads more than 600 sworn and civilian police professionals who serve and protect millions of people using Maryland’s toll roads, tunnels, and bridges, as well as BWI Thurgood Marshall Airport and the Port of Baltimore, while securing these critical infrastructure assets. As part of the MDTA’s Executive Team, his expertise is key to the strategic decisions and policies that guide the agency’s operations, services, and 1,700 employees. During his tenure as MDTA Police Chief, Colonel Jones has launched an aggressive leadership development program for his officers and for the MDTA as a whole.

Colonel Jones began his law enforcement career in 1988 as a Maryland State Police Cadet. During his 27-year tenure with the Maryland State Police, he spent equal time in both patrol and investigative roles, and served in every command position within the Field Operations Bureau. He retired as Lieutenant Colonel/Field Operations Bureau Chief, a key member of the command staff responsible for leading a patrol force of nearly 1,000 sworn and civilian personnel assigned to 22 barracks.

Colonel Jones holds bachelor’s and master’s degrees in management from Johns Hopkins University and is a graduate of its Police Executive Leadership Program. He chairs the Maryland Chiefs of Police Association’s Traffic Safety Committee and serves on the Executive Committee for Maryland’s Strategic Highway Safety.

“Colonel Anderson has served the MDTA with distinction for 26 years, and I have no doubt that he will make an outstanding Chief of Police,” said MDTA Executive Director James Ports.

“It’s a tremendous honor to continue serving the State of Maryland in this new role leading the talented men and women of the MDTA Police,” said Lt. Colonel Anderson.

He is a certified instructor through the Maryland Police Training Commission and the National Highway Traffic Safety Administration, and is an adjunct instructor for the Community College of Baltimore County and the Leadership Development Institute for the Maryland Police Training Commission. He serves as the chair of the Distracted Driver Emphasis Area Team for the state’s Strategic Highway Safety Plan. He is an Executive Board Member of the Traffic Safety Specialist Committee for the Maryland Highway Safety Office and a member of the Traffic Safety Committee for the Maryland Chief’s and Sheriff’s Associations. He is a graduate of the University of Virginia’s Criminal Justice Program and a graduate of the FBI National Academy, Session 231.