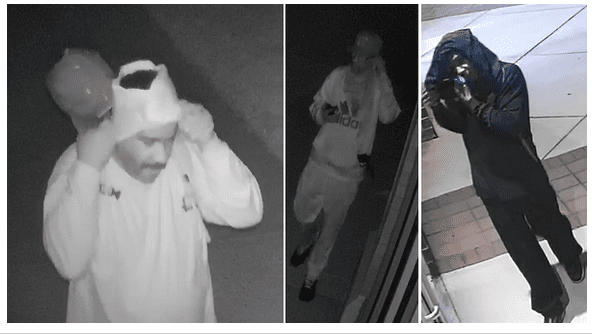 NOTTINGHAM, MD—Police are asking for help identifying the suspects responsible for at least three commercial burglaries in a single night.

Detectives are now turning to the public for help in identifying the three suspects, who may have been driving a Nissan Murano and an unknown type of SUV at the time they committed their crimes.

Anyone who recognizes these suspects or the vehicle is asked to contact detectives by calling 410-307-2020.


Callers may remain anonymous and may be eligible for a reward if submitting tips through Metro Crime Stoppers (1-866-7LOCKUP).

View surveillance video of the suspects below.