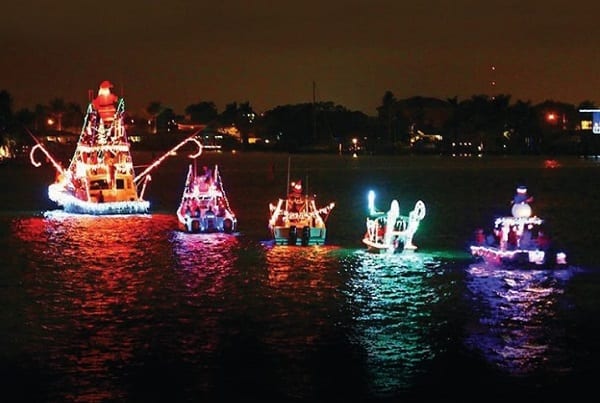 The 2019 edition of the Middle River Lighted Boat Parade will set sail on Saturday, November 30th.

This year, there will be close to 100 boats participating.


The annual event is organized by Jim High and Pat Williford of the Baltimore Boating Center.

The parade can be viewed from each of the four waterfront restaurants participating in the parade…Carson’s Creekside, The Crazy Tuna, Riverwatch, and Sunset Cove.

The parade can also be seen from Kingston Park in Hawthorne and Wilson Point Park.