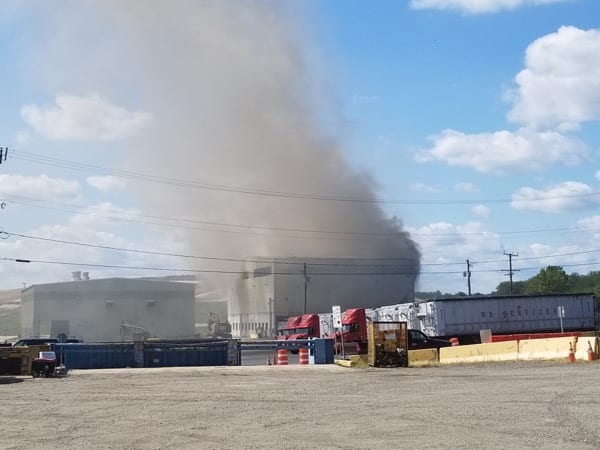 UPDATE: At 2:40 p.m., the Baltimore County Fire Department reported that the fire was out. No injuries have been reported.

WHITE MARSH, MD – Crews are responding to the scene of a commercial fire in White Marsh.

The fire was reported at around 2:15 p.m. at the Eastern Sanitary Landfill on Days Cove Road.

Heavy black smoke has been seen pouring out of a structure at the location.

Multiple fire companies are responding to the scene.