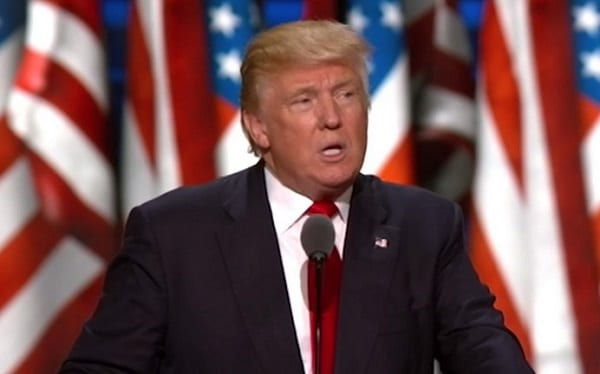 In response to Rep. Cummings’ incessant complaints about what Cummings perceives as unacceptable conditions at the US-Mexico border under the president, Trump fired back over the weekend.

Rep, Elijah Cummings has been a brutal bully, shouting and screaming at the great men & women of Border Patrol about conditions at the Southern Border, when actually his Baltimore district is FAR WORSE and more dangerous. His district is considered the Worst in the USA……

Why is so much money sent to the Elijah Cummings district when it is considered the worst run and most dangerous anywhere in the United States. No human being would want to live there. Where is all this money going? How much is stolen? Investigate this corrupt mess immediately!

So sad that Elijah Cummings has been able to do so little for the people of Baltimore. Statistically, Baltimore ranks last in almost every major category. Cummings has done nothing but milk Baltimore dry, but the public is getting wise to the bad job that he is doing!

Several prominent Twitter users shared a peek at what conditions are really like in Rep. Cummings’ district.

Trump: Baltimore is a violent place.

More trash. More concerned residents. People live in the home with the silver van. This is @RepCummings district. This has nothing to do with race. Let us all pray the city removes the trash & install cameras to catch the individuals dumping on the property. #WestBaltimore pic.twitter.com/CCaRH5c0aO

The president’s tweet storm continued throughout the course of the weekend:

Baltimore, under the leadership of Elijah Cummings, has the worst Crime Statistics in the Nation. 25 years of all talk, no action! So tired of listening to the same old Bull…Next, Reverend Al will show up to complain & protest. Nothing will get done for the people in need. Sad!

It’s completely unacceptable for the political leader of our country to denigrate a vibrant American City like Baltimore, and to viciously attack U.S. Representative Elijah Cummings a patriot and a hero. pic.twitter.com/TJdbST6Md9

The Twitter war even drew the attention of Rev. Al Sharpton, who chose to categorize the president’s tweets as “racist,” even though there was no mention of race in Trump’s tweets:

Baltimore County Executive Johnny Olszewski has chimed in on the ongoing Twitter war, tweeting the following:

”President Trump’s most recent attack on Baltimore and Congressmen Cummings is an attack on basic decency. His words and behavior should have no place in our politics or society. pic.twitter.com/xV5x9My4MC

I proudly stand with Congressman Cummings, who has devoted his life to public service and delivering justice in Baltimore and the country. He and I will continue working together to build a brighter future for everyone living in the Baltimore region.“

Today on @wbalradio I said enough is enough. People are completely fed up with this nonsense. We have to get people in Washington to stop the angry, divisive politics & get focused on solving the problems not just of Baltimore, but all of our urban areas. https://t.co/GKiE3sIt4f

What we care about is the city of Baltimore and fixing the problems. It's the heart of our state, the lifeblood of Maryland, and home to very strong and resilient people who we all care about.

Instead of being consumed with divisiveness, Washington ought to focus on getting things done as we’re trying to do here in the state and the city.

Do you think President Trump’s tweets were justified? Sound off below.

Baltimore’s numbers are the worst in the United States on Crime and the Economy. Billions of dollars have been pumped in over the years, but to no avail. The money was stolen or wasted. Ask Elijah Cummings where it went. He should investigate himself with his Oversight Committee!