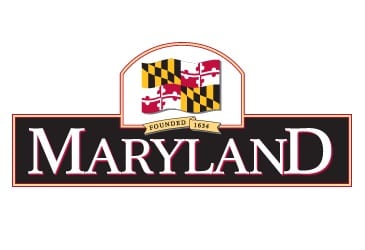 ANNAPOLIS, MD – Governor Larry Hogan on Tuesday announced that Tiffany Robinson would be Maryland’s next Secretary of Labor. Robinson currently serves as Deputy Chief of Staff in the Office of the Governor, where she advises on labor, housing, education, human services, and health matters.

“Tiffany Robinson has dedicated her career to empowering people and expanding opportunities,” said Governor Hogan. “Tiffany’s experience as an advocate for Maryland’s workers and small businesses, and her commitment to public service, make her an outstanding choice to be our next Labor Secretary. Tiffany is sure to continue and build on our record of creating jobs, growing the economy, and making our state a great place to live, work, start and grow a business.”

Prior to her appointment in 2016 as Deputy Chief of Staff, Robinson served as Assistant Secretary in Maryland’s Department of Housing and Community Development, and was Director of the Community Development Administration, the designated housing finance agency for the state and the largest division within the department. In that role, Robinson was responsible for nearly $1.5 billion in annual program production, including management of the operations, administration, and financing of the state’s mortgage, residential energy, small business and local infrastructure programs, as well as affordable rental housing development and asset management.

Previously, Robinson served as the administrator of the Harford County Department of Housing and Community Development from 2010 to 2015, and prior to that position, she was in private practice at The Robinson Law Firm, also based in Harford County. She received a bachelor’s degree in political science from UMBC and a juris doctorate from the University of Baltimore School of Law.

“I am beyond excited for this opportunity to build on the incredible progress we have made in growing our state’s workforce and supporting Maryland’s small businesses,” said Robinson. “I thank the Governor for putting his faith in me to lead this vitally important state agency, and also for allowing me to serve as his Deputy Chief of Staff for the past three years. It has been an honor and a privilege to be part of this administration, and I look forward to changing Maryland for the better in my new role as Secretary of Labor.”

Robinson succeeds Acting Secretary James E. Rzepkowski, who will continue to serve as assistant secretary for the Division of Workforce Development and Adult Learning.

“I want to thank Acting Secretary Rzepkowski for his steadfast leadership of the department, particularly his efforts to help the workers affected by the closure of the Luke paper mill,” said Hogan.

Robinson’s appointment will take effect at the end of this month and is subject to Senate confirmation.