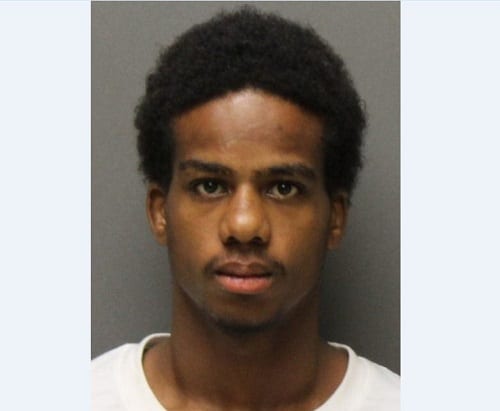 JOPPA, MD – Police in Harford County have arrested a serial burglary suspect who has allegedly struck several locations in Joppa and Edgewood.

Between Thursday, June 6, and Tuesday, June 11, 2019, deputies with the Harford County Sheriff’s Office responded to several residential burglaries in the areas of Harford Square and the Windsor Valley Apartments.

Many of the burglaries involved homes that were left unlocked. The suspect stole electronics, jewelry, and loose change or money. In one case, a dirt bike was stolen.  In another case, a senior citizen’s 2019 Ford Fiesta was stolen.

As a result of the increase of burglaries, deputies increased patrols in the area and proactively patrolled the area on bicycles in an effort to locate a suspect.

As a result, a photograph of a potential suspect from a home security system was obtained by police.


During a patrol on June 12, deputies located the stolen Ford Fiesta in Harford Square. Detectives responded to the scene to assume the investigation. While securing the vehicle and canvassing the area, detectives saw a male walking in the area matching the suspect description. Deputies and detectives attempted to confront the individual and, after a brief foot pursuit, detained the suspect, identified at Irijah Hananiah Harris, 18, of the 1300-block of Harford Square Drive.

Harris was taken into custody and a search and seizure warrant was executed at his residence. Several pieces of evidence were recovered as a result of the search. Harris was charged accordingly and taken to the Harford County Detention Center, where he is being held without bond.

“This is an excellent example of proactive policing in action,” said Sheriff Jeffrey R. Gahler. “The teamwork by all deputies involved is a testament to this Office and the deputies who dedicate their career to protecting the citizens of Harford County.”

Harris was identified as a suspect in three motor vehicle thefts, five burglaries, and one attempted burglary.

The investigation is ongoing and detectives are working to determine if Harris is connected to any other similar cases in the area. Anyone with information, or who may be a victim of a similar crime, is asked to call the Harford County Sheriff’s Office at 410-836-5442.