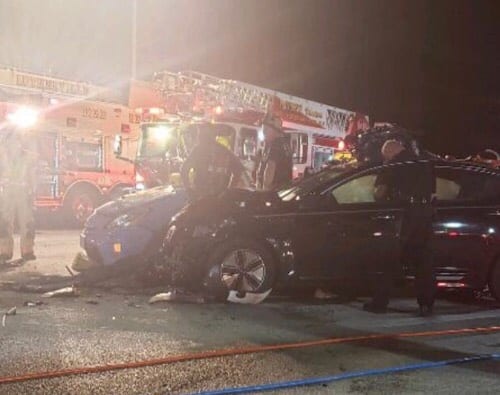 UPDATE: As of 10:45 p.m. ET on Sunday, units advise that the patient has been freed. There has been no word as to his or her condition.

PARKVILLE, MD – Crews are on the scene of a serious, Sunday night crash in Parkville.

The crash was reported at just before 10:15 p.m. at the intersection of Perring Parkway at Putty Hill Avenue (21234).

Units on the scene are advising that two vehicles were involved in the crash and one individual is trapped inside their vehicle.

A rescue is underway.