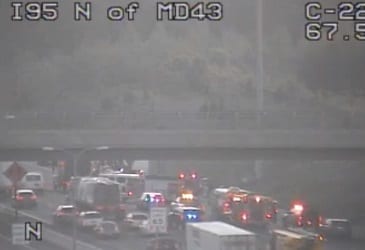 UPDATE: The victim in this crash has been identified by police.

The crash was reported at about 4 a.m. along northbound Interstate 95 just past the White Marsh Boulevard exit.

Details have not yet been release but the Maryland Transportation Authority reported that multiple lanes of northbound I-95 were shut down throughout the morning for fatal crash investigation.


Several lanes were still blocked as of 7:30 a.m. on Tuesday morning.

Motorists should expect heavy delays in the area.