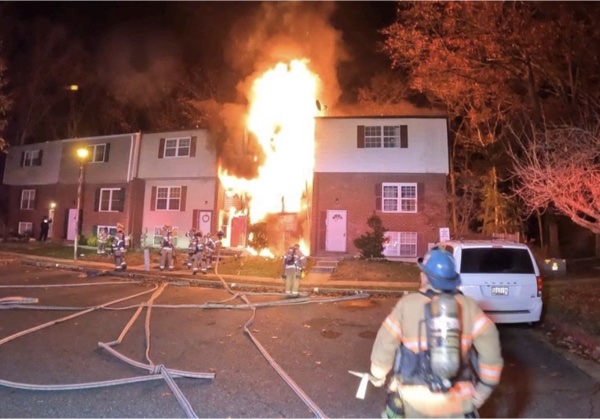 
UPDATE 2: The woman who died in this fire has been identified.

UPDATE: One adult female has been pronounced deceased.

Initial reports indicate that some occupants needed to be rescued and a second alarm was sounded, according to the Baltimore County Fire Department.