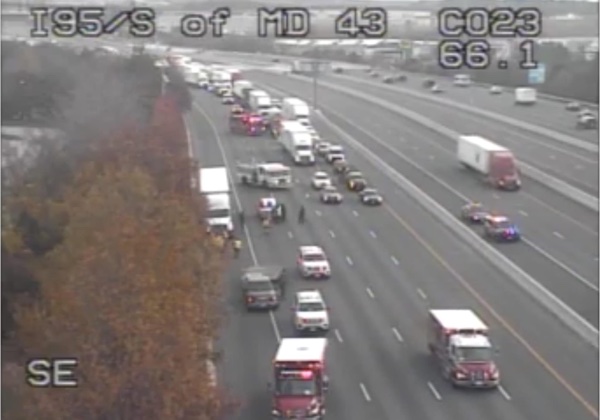 
UPDATE: The pedestrian who was struck has died.

———
WHITE MARSH, MD—Crews responded to a Saturday morning crash on Interstate 95 that was followed by a pedestrian being struck.

The initial crash was reported at around 7 a.m. along southbound I-95 between White Marsh Boulevard and I-695 and involved multiple vehicles.

Multiple lanes were closed along southbound I-95 as a result of the crash.

Shortly thereafter, a pedestrian was struck by an oncoming vehicle resulting in several lanes being shut down once again.

The person who was struck is now in critical condition, according to the White Marsh Volunteer Fire Company.