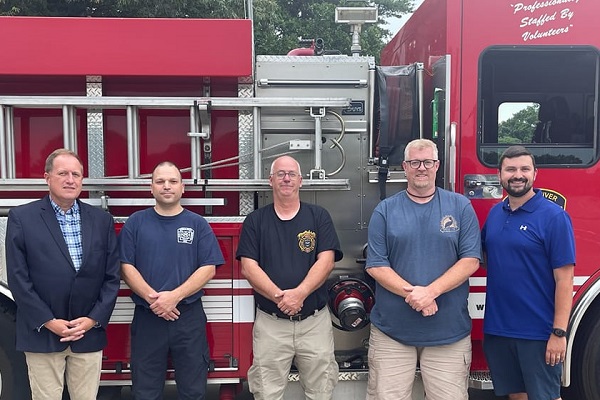 
NOTTINGHAM, MD—Councilman David Marks on Wednesday announced that, as previously announced here, Baltimore County’s 29 volunteer fire companies will receive $1 million in grants as a result of the 2021 American Rescue Plan. Marks is a cosponsor of Resolution 30-22, which allocates the grants based on formula funding.

Councilman Marks became involved in the grant process when it appeared there might be a bureaucratic impasse in delaying the funding.

“I contacted Councilman Marks about the delay in funding, and he worked with his colleagues and the administration to get this resolved,” said John Hammen, president of Bowleys Quarters volunteer firefighters.

“Volunteer fire companies are essential to the health and safety of our Eastside communities,” added Ryan Nawrocki, president of the board at Middle River Fire and Rescue.