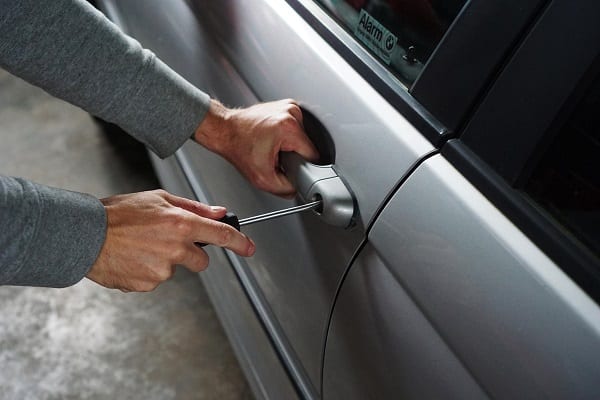 
PIKESVILLE, MD—The number of vehicle thefts in Maryland has declined for the fourth straight year, authorities announced this week.  However, work continues by the Maryland State Police, allied law enforcement agencies, and the Maryland Vehicle Theft Prevention Council to reduce those rates even further in upcoming years.

July is National Vehicle Theft Prevention Month. In Maryland, a car is stolen every 49 minutes, while one is stolen every 39 seconds in the U.S. In most cases, vehicles are stolen either for the resale or distribution of parts, for transportation purposes, for the commission of other crimes, or for exportation.

In addition, more than 66 percent of vehicle thefts occur at night and 95 percent of the vehicles stolen had no anti-theft devices. National surveys reveal that 33 percent of drivers left their vehicle while it was running.

To help drivers keep their vehicles safe, the Vehicle Theft Prevention Council is continuing its annual awareness campaign during July.

As a driver, authorities say you can take steps to keep your vehicle and belongings safe. Here are ways you can help prevent motor vehicle theft:

Also, if you encounter a carjacker, surrender the vehicle without a fight.

The Maryland General Assembly created the Vehicle Theft Prevention Council in 1994 as a statewide planning and dedicated funding resource. The Council embraces a statewide strategy directed at public awareness, vehicle theft by juveniles, law enforcement and prosecution through a grant award process. Efforts by the Vehicle Theft Prevention Council have led to about a 70 percent reduction of vehicle thefts in Maryland over the past 26 years. Those efforts have saved Maryland motorists more than $239M over that span.

Additional tips can be found in the graphic below. Overlea man convicted of murder in connection with fatal 2020 stabbing