Police seek to identify road rage suspect who assaulted woman, attempted to rob her on I-895 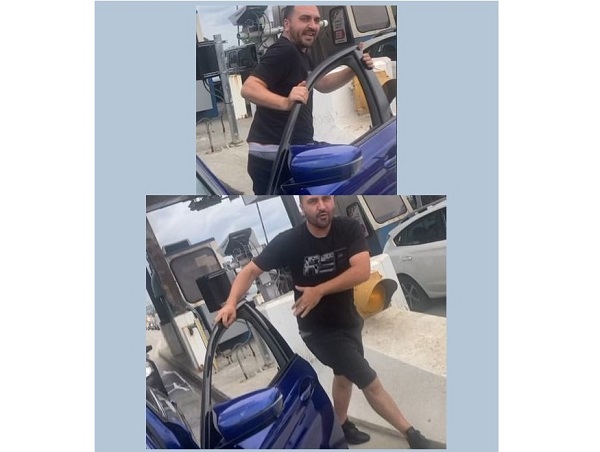 Police seek to identify road rage suspect who assaulted woman, attempted to rob her on I-895


BALTIMORE, MD—The Maryland Transportation Authority Police are investigating a reported assault and an attempted robbery that took place on Tuesday afternoon on I-895 in Baltimore City.

At just after 1:15 p.m. on June 7, 2022, MDTA Police received calls for a disturbance on northbound I-895 prior to the Baltimore Harbor Tunnel.

Responding officers located a grey Chevy Sonic with a shattered back window and made contact with the vehicle’s driver, who indicated that a road rage incident had taken place between her and the occupants of a blue BMW sedan.

According to the victim, a passenger in the blue BMW exited his vehicle and struck her vehicle’s back window, causing it to shatter. When the victim exited her vehicle, the driver of the blue BMW reportedly attempted to take the victim’s cell phone and pushed her to the ground.

This is an open and ongoing investigation. Authorities are attempting to identify the suspect pictured. Anyone with information is asked to contact the MDTA Police at 443-915-7763.

Vehicle crashes into building in Joppa